Your browser is outdated.

Your browser is outdated, update your browser for more security, speed and the best experience on this site. 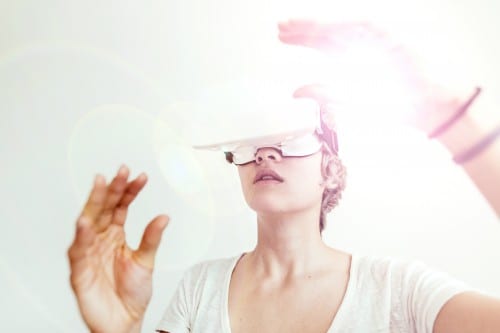 Virtual reality is a game-changer, but it isn’t restricted to the gaming community. VR is becoming mainstream, and it’s giving social media the once-over. Because current consumer interest is constantly rising, social media marketing experts are matching their enthusiasm with different tech adoption techniques.
VR is expected to impact social media greatly, and it’s expected to change the digital marketing world even more.

The Oculus Rift is owned by Facebook. Today, the platform is taking big steps in creating VR content for Facebook users. Likely, we’ll experience a surge of social apps designed to capitalize on the ever-expanding, ever-deepening world of virtual tech. We can expect live-streamed videos, first-person rallies and full-fledged online meet-ups.

Into the Marketing World

For marketing, VR’s quick adoption will pave the road to something incredible: Interactive ads. Because VR offers unprecedented levels of interaction, companies are expected to meet their rising demand for consumable content. 3D environments may very well be the new stomping grounds of advertisers, powered by today’s leading minds.

User data can’t be forgotten, either. While VR grows, social media marketers are utilizing user data to better aim their initiatives. By 2020, we could very well experience sophisticated VR experiences—experiences crafted to the consumer’s preference. It’s possible the world of VR may morph to monitor consumer facial responses, adding to the expanding stockpile of big data.

Will VR Become the Next “Big Thing?”

For now, VR’s adoption is slow. While it’s expected to be impressive in the future, VR simply isn’t accessible enough to become a social media marketing titan. That said, user adoption will soar once VR hits mainstream markets.
Digital marketers are in the planning stage, as are small businesses. Once VR is adopted, small and medium-sized businesses are expected to get a slice of the pie immediately. Why? Because VR marketing is expected to be cheap. In a world surrounded by digital resources, corporate powerhouses won’t be alone in digital realms.
In general, VR doesn’t have much in its way. While adoption, now, is minimal, businesses are taking crash courses in digital marketing to promote their future social media platforms. Social media itself is surprisingly underdeveloped in the small and medium-sized business world, but the paradigm is certainly changing as Millennials enter the workforce. Despite millions having enjoyed the Oculus Rift, the Rift may not be the first popular VR rendition.

If you want to prep your business for success, start with social media. Any social media campaign is powered by a business’s ability to develop, produce and use cutting-edge technology. Whether it’s an immersive YouTube series or a VR ad experience, the bottom line holds true: Customers want to enjoy their content. More than ever, it’s important to aim your digital marketing strategy correctly, especially if you’re a web design company in Tennessee.
As VR develops, your business might be expected to “come of age.” Sure, it might be packing the content consumers want. It might even be able to provide it on a whim, meeting demand in the middle. Technology’s growth, however, has made one thing increasingly obvious: Sometimes, it isn’t about the content. It’s about the package it’s wrapped in.

How Will Graphic Design Boost Your Business

Have A Project For Us?

Website design services & digital marketing tailored for user experience and
attracting the right traffic for you with support-that-matters!